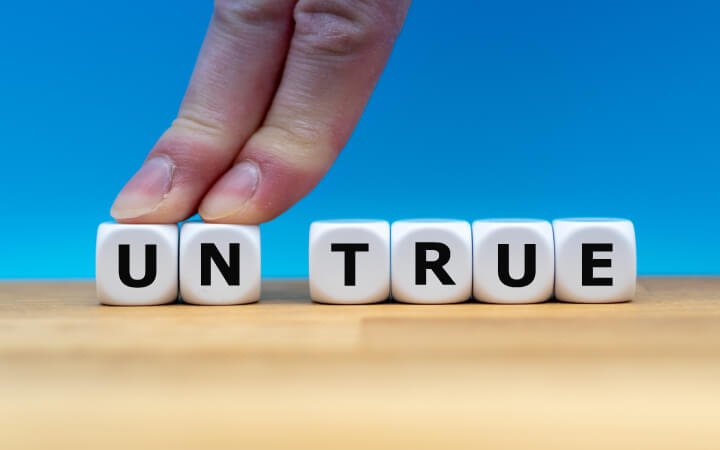 With the global automation testing market poised to touch $35 billion by 2026, it’s clear that organizations are shifting to automated testing. And for a good reason.

But this rapid rise in adoption has resulted in a surge in the number of myths surrounding test automation. These myths and misconceptions make it harder for testers to get the most out of their automation solutions. They end up setting unrealistic goals leading to gross miscalculations in expected ROI. Worse – teams on the way to embracing automation might be held back from doing so.

Today, we’ve put together the top 5 myths that abound in the software development market. We’ve also explained why these myths are ‘myths’ and touched upon better approaches to testing.

The Top 5 Myths of Test Automation

Myth 1: All tests can be and should be automated

Here’s where most developers go wrong. Test automation was never meant to replace manual testing completely. Both manual and automated testing need to go hand in hand for optimal ROI. Secondly, not all tests can be automated. Even if they could be, the testing efficiency would drastically reduce, giving negative returns.

Test automation is best suited for repetitive tests. Additionally, tests that are complicated and have a more significant margin for manual error should also be automated. For instance, unit tests and regression tests are perfect choices for automation. On the other hand, UI tests, accessibility tests, and usability tests should be kept manual.

While automation testing does have higher upfront costs, the long-term ROI of an efficient automation strategy is massive. Organizations looking to automate should invest in an enterprise-scale automation solution and hire a team of automation engineers, developers, and testers. But the long-term benefits make up for this investment.

As mentioned earlier, the former is not the replacement of the latter. Both manual and automated testing complement each other. Although most automation solutions are well-developed and capable of performing complex operations, they’re limited in their functionality. In other words, automated tests can only perform the tasks that they are designed to perform. They can detect existing flaws in the code but, in no way can they be used as concrete evidence against the total absence of defects.

There will always be tests that will require manual interference. For example, exploratory tests and UI tests require human logic to detect anomalies.

Developers are apt at programming and coding. But are they best-suited for developing test cases? This might not be the case, according to many experts. It’s often advised to hire specialized automation engineers and architects to lead the charge here. This is because test automation is much more than just coding. With new testing methodologies and frameworks developed regularly, only a specialized hire has the required training to cope.

But there is a way around this issue. No-code automation solutions such as Avo Assure can help increase usability due to their ease of use. These solutions are designed to let even non-coders build and deploy test cases. Avo Assure plays a vital role in taking the burden of writing scripts by the developers/testers to test the applications, saving time and effort.

Many organizations tend to believe that automation testing will give immediate returns. While this is true for some companies, most go through several months or even years before seeing tangible returns. Successful implementation requires a proper roadmap, clearly defined testing processes and frameworks, proper automation tools, realistic testing targets, and measurable success KPIs. Without these parameters, test automation will not give the expected ROI.

Automation testing is not a silver bullet that will erase all issues. Building and deploying automated tests, in itself, can take a long time. Moreover, faulty tests can give flaky results that can slow down the development process altogether. But these mistakes usually occur due to wrong testing strategies and not due to the solution itself. Instead of losing faith in automation, it’s better to build a clear plan and suite of reliable tests that are expected every time.

And last, but the most prominent myth is that ‘Automation takes away manual jobs.’ On the contrary, the right test automation solution will empower you to be better at your job and not replace you. By taking over the repetitive and boring tasks, test automation enables teams to do more in less time and be twice as productive.

If you want to learn more about how Avo Assure can help your enterprise, sign up for the demo today!

Benefits and importance of CI/CD integration in testing