How to Prepare an Automation Test Plan? 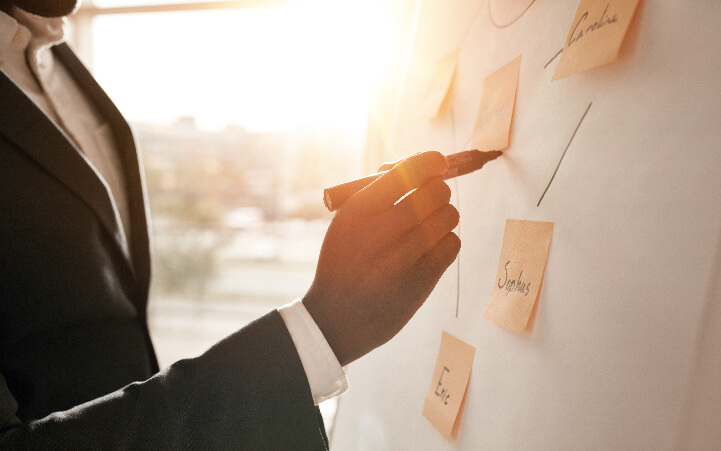 Without a well-thought-out plan to automate your tests, your investment in automated testing technology may not deliver a healthy ROI. Failing to plan may become planning to fail.

The most critical consideration in planning testing automation is to start early in the SDLC, also known as the “Shift-Left Approach.”

In the traditional waterfall development model, testing did not start until the developers had fully integrated the software. However, stakeholders soon realized that fixing bugs later in the development process was much more expensive.

Test automation planning is exactly in line with this shift-left approach.

Typically, you can write your system tests when your business requirements are ready, create your functional test requirements after finalizing system specifications, and detail your test design and steps after firming up the design. These are examples of the shift-left testing philosophy–the earlier, the better. This approach helps you identify opportunities for test automation early on in the SDLC.

What are the Steps Involved in Creating a Working Automation Test Plan?

The following steps will help you in creating an effective automated test plan.

Choose the ideal tests to automate: First, select the tests that will pay off your automation overheads. These are tests that have to be repeated many times. Most of these repetitive tests may have to be re-run as regression suites when adding new functionalities in successive sprints.

The second type of test as a good case for automation comprises tests that validate if critical functionalities are working in the first place and after many changes to the software. It’s better to check the essential functionalities of your software after any change because these features are vital to your customer’s business.

The final type of tests to be automated are generic tests that can work as building blocks for other tests. Generic functions like selecting an item from a list, typing in text, comparing test results with predefined values or strings work well with automated tests.

In general, review the ROI when spending time and effort on automating specific tests.

Pick the right people for your team: People are your greatest asset. To begin with, map the skillsets of your team members with the specific tasks suiting their skillsets. The senior team members can create and design the tests that are likely to catch the maximum number of defects in the application under test (AUT). They can also identify which tests to automate.

The more tech-savvy testers or team members familiar with test automation can start automating the tests when the AUT is ready.

Meanwhile, the junior testers can start executing the manual tests prepared earlier in the development process by their senior counterparts and generate bug reports to ensure no time is lost.

Once the automated tests are ready, they can run in the unattended mode without human intervention, saving more time and effort in the process.

Training is another need that has to be looked at closely. Do some team members need additional training on the automated technology you propose to use?

Generate detailed reports: The most significant defect reports are about failed tests. These tests usually signal defects. Also, defect reports have to give information to help the developer fix the bug quickly. Information such as the version, module, criticality, developer, and tester can be helpful. Moreover, mentioning the specific test step or value(s) where the failure occurred will help the developer localize the issue and take remediation steps. Also, if your testing automation tool is different from the reporting software, review and manage any compatibility issues.

There should also be clear traceability between the test, the module it’s intended for, business and system requirements, and the defect.

In addition, the number of times the test was executed (with date, time, and duration of execution) is also helpful in ascertaining when the test failed (during the first run or regression testing) and at what instance. Most test management systems provide information to help identify the cause of failure to fix the defect sooner than later.

Identify the perfect testing solution: Today, no-code automation testing technology helps you quickly automate tests without prior programming knowledge. These solutions enable your manual testers to create automated tests with minimal training. Identify a test automation solution that is a good fit for your development environment for easy automation and quick ROI.

Picking the right automation solution can make or break your test automation plan. The testing software you select should be compatible with your underlying systems and enable easy collaboration between different teams. Lastly, It should be robust yet affordable enough to give valuable returns. Avo Assure is one such solution. It is an intelligent no-code platform that provides features such as a keyword library, visual reporting, test management, parallel testing, and cross-platform testing. With end-to-end test coverage and 100% automation, Avo Assure is a powerful automated testing solution. It even helped a leading American financial institution deliver its fully-functional loan management platform 2x faster with zero defects.

If you are looking for a similar solution to help your organization improve its automated testing approach, then book a demo with us today!